Rick was a vibrant and charismatic man who loved life! He was part of a large extended Italian-American family, whom he loved and cherished.

He had a great love of pastoring, a special love for working with teens,
a love of music, and of playing various roles in community theatres around the state, especially being well known for hisfavorite role as “Tevye” from Fiddler on the Roof. He was passionate in his love of the Boston Red Sox! He also was a wonderful cook and loved sharing dishes from his Italian heritage with his family and friends!

He was a wonderful husband, father, and Papa to his 5 grandchildren (soon to be 6
grandchildren, coming in December). Rick is survived by his wife of 45 years, Valerie (Carpenter) Messana of Gorham; sons, David Messana and his wife, Michelle of South Portland, Jonathan Messana and his wife, Sarah of Portland; and daughter, Kristin (Messana) Ciampa and her husband, David of Gorham; his five precious grandchildren, Samuel Messana, Lucy Ciampa, Madelyn Messana, Oscar Messana, and Evangeline Ciampa. Rick was also very excited about the impending arrival of his 6th grandchild to be born in December to son Jonathan and wife Sarah, baby Jude Richard Messana! Rick is also survived by his brother, John “Jay” Messana and his wife, Elizabeth, and
sons, William and Benjamin of Easton, MA; his father-in-law, Harold Carpenter of Falmouth; his brother-in-law, Elliott Carpenter of Glastonbury, CT; and his brother-in-law, Chris Carpenter and his wife, Mitzi; and son, Zachary of Suffolk, VA. He is also survived by very special lifelong friends, Stephen Carnahan and wife, Judith Taylor of Auburn, Maine; and their children, Sarah Carnahan and Liam Carnahan. Other survivors include aunts, uncles, and many cousins.

In addition to his parents, Rick was pre-deceased by his mother-in-law, Wilma
Carpenter; and his sister-in-law, Judy Carpenter. 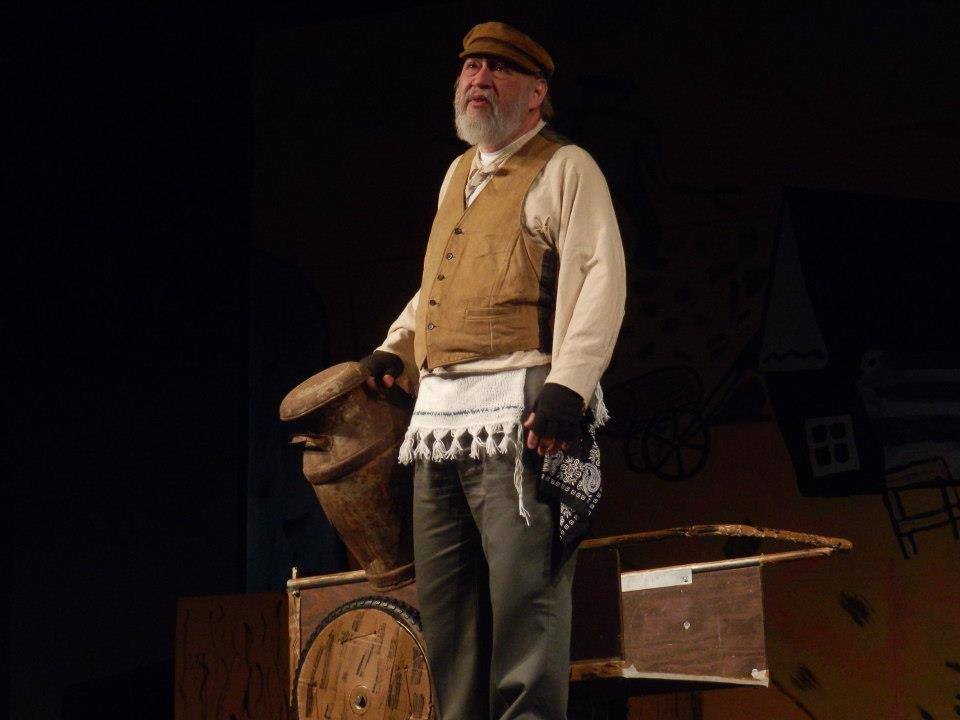 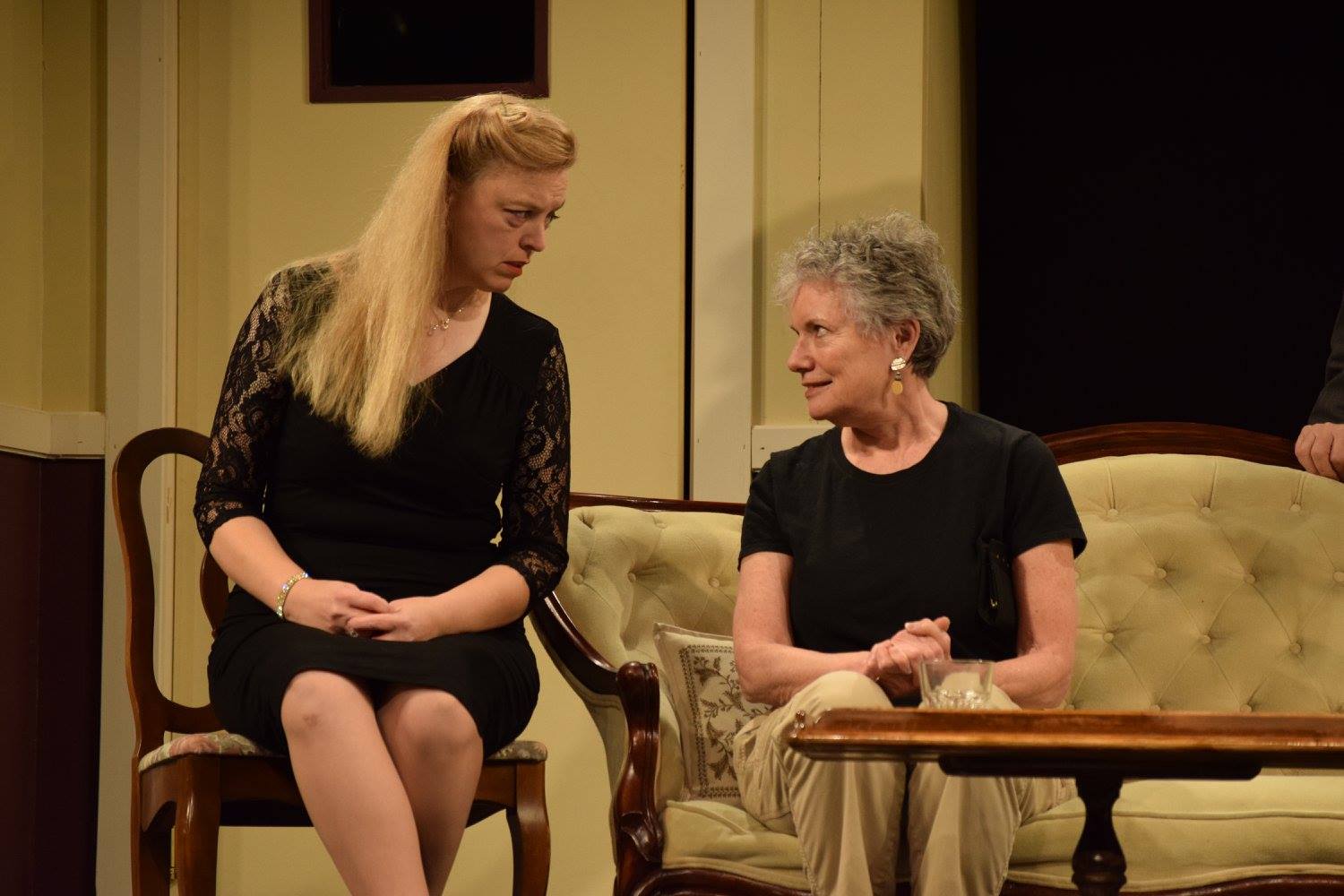 LESLIE BASCOM - ( 4/10/1950- 9/15/2020) - Leslie passed away after a long battle with breast cancer. Leslie was a beautiful soul and a treasured member of the MCP theater community. She will be greatly missed. 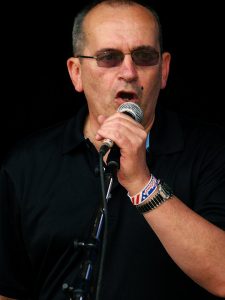 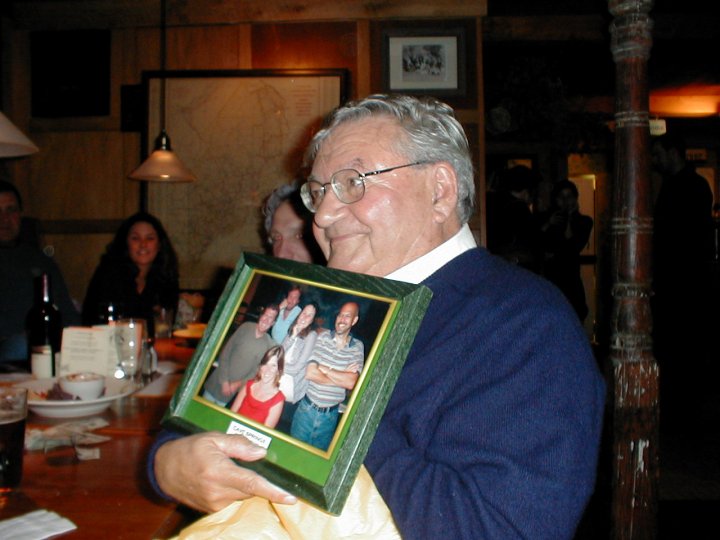 Walter grew up in the deserts of the American southwest and moved to San Diego in his teen years. Walter earned his Bachelor of arts degree from San Diego State University in 1957 and his Master of Arts degree in 1959. He then earned his Doctorate of Philosophy from Indiana University in 1968. His Doctoral dissertation was a historical analysis of the censorship of the British stage.

In 1968 Walter moved his family to Gorham, Maine and took a job as an associate professor of theater at the University of Southern Maine 1968-1976, full professor 1976, Department Chairman 1974,1983-1988 and retired in 2010. He was a member of the faculty at the International Readers Theater Institute London 1990-2010. He was awarded as a National Endowment of the Humanities fellow, 1979; recipient Gold Medal Kennedy Center, American College Theater Festival Kennedy Center Education, 1989; honoree New England Forensic Association, 2000.

Walter was a gifted and loved theatrical director, reader's theater coach and university professor. He directed over 120 plays, both educational and professional, in his career and coached numerous national champions in reader's theater. He authored four books; Imitation: The Art of the Theater, Trail of the Mountain God, The Mojave Chronicles, Desert Oases and Anasazi. He wrote and and directed five plays; Cactus Charlie's Saloon, Magnolia Club, Cactus Charlie's Wake, Oh Antigone and The Importance of Being Wilde. His most critically acclaimed directorial effort was his final USM production of his friend Peter Schaffer's play Equis.

Walter's optimistic personality, quirky sense of humor and generosity endeared him to those around him. He was an avid fisherman, mountain climber, skier and proud father of three children who all became National Skiing Champions.

He is survived by his beloved partner of 28 years Marquita Hallawell of Penn Valley, Calif., and his former wife Beverly Stump of Saco, Maine; his children, Gregory Stump of Prineville, Ore., Kimberly (Stump) Dionne of Gorham,, Geoffrey Stump of Aspen, Color.; and his seven grandchildren, Josh, Lindsey, Kalissa, Adam, Ambesa, Morgan, and Zani. He was preceded in death by his mother Ruth, father Walter; and sisters Barbara, Betty Jean and Patricia.

A celebration of his life will be held in the State of Maine in late May/early June. The family will announce details at a later date. 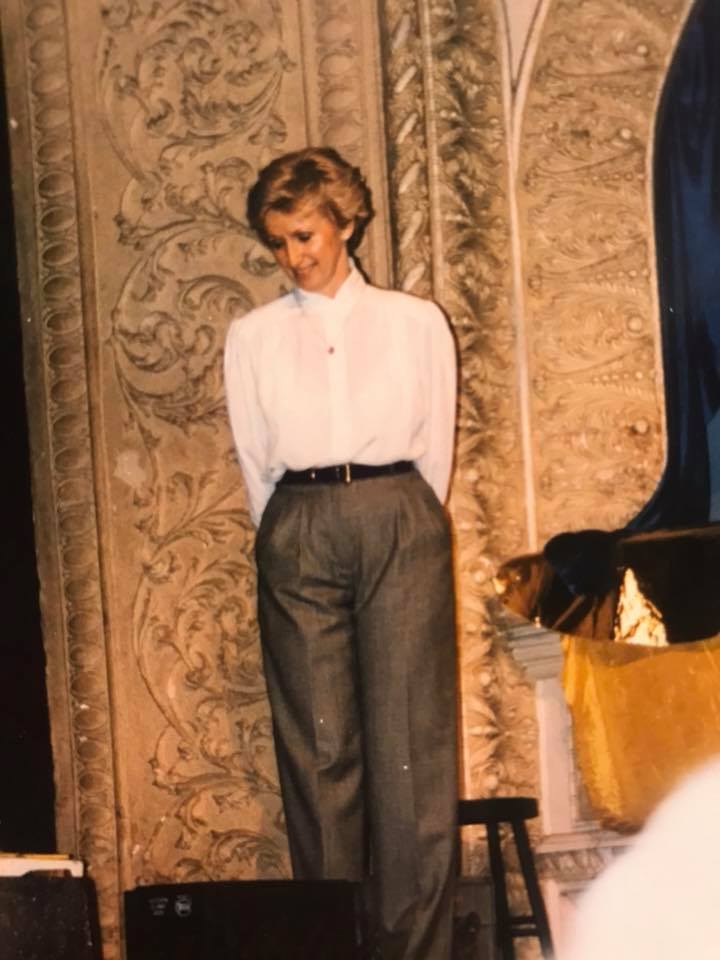 Rip to one amazing human.

Monmouth- Nancy Bates Ludewig, 73, died Monday, December 4, at Maine Medical Center in Portland of metastatic pancreatic cancer. She was born on October 27, 1944, at Central Maine General Hospital in Lewiston, the daughter of Harold and Leona (Dakin) Bates. She attended Monmouth Schools and graduated from Monmouth Academy in 1962. She took dancing lessons from Evelyn Dyer Clark for 12 years and performed in many dance reviews and productions during those years.
On August 11, 1962, she married Douglas Ludewig at the North Monmouth Community Church. They were married for 55 years. She attended Newark State Teachers College in New Jersey and graduated from the University of Maine in Orono with a BS in Elementary Education in 1968. She began teaching at the Memorial School (now Cottrell School) in 1965 and taught for 44 years, retiring in 2009, having taught kindergarten for 10 years and 3rd grade for 34. She continually inspired students with her immense creativity and by writing songs, teaching dances, and directing original and unique drama productions in which she wrote the lyrics and scripts and had students perform them at Cumston Hall. She was the go-to person to lead a school assembly. She choreographed musicals directed by Don Auclair at Monmouth Academy. She taught disco and dance aerobic classes as part of an adult education program during that era.
She was instrumental in raising funds and town awareness of the need for an expansion of the Cumston Hall Library and one year had 20+ fundraisers for that purpose. She then chaired the committee that put on the annual May Faire fundraiser for Cumston Library for more than 20 years. At various times she was a president and was currently secretary of the Friends of Cumston Library and continued to organize numerous fundraisers for the group. She was also chairman of the Cumston Library Trustees for many years. She organized and put on Spring Quilt Show fundraisers for the United Church of Monmouth during which historical artifacts and quilts from Monmouth Museum were displayed in the sanctuary of the United Church. She taught quilting classes at Cumston Hall and in the church’s Packard Center for many years.
She loved the Vestry and worked there every Wednesday afternoon for many years and loved to show off the beautiful clothes that she found there. She was a trustee of Monmouth Museum and worked with other trustees on the exhibits in the upstairs of the Carriage House. She also wrote articles, edited, and had published the Monmouth Museum Newsletter for several years. She organized the Chili and Chowder Challenge that raised funds for the Neighbors Helping Neighbors Fuel Assistance Program. She initiated putting the 25+ flower barrels downtown and for several years did it all; purchased the flowers and planted them and then watered them all summer long. She continued to maintain and water them even after Stevens Greenhouse took over planting the barrels.
Hers was a life of community service. She worked energetically and tirelessly, sharing her many talents, giving back to the community, and loving all that she did. She thought constantly, it seemed, about ways to help, to make life better for others, and about how to do different projects. It was almost exhausting watching her almost continually thinking, planning, and doing. It was also this way when she was teaching and after she retired from teaching and focused on the community and its organizations. This obituary is not adequate to tell about all she accomplished for Monmouth and its schools and the children she taught through the years.
She leaves her husband, Doug, her daughter, Katherine and grandchildren, Amelia and Finn Murphy, her brother Len Bates and his wife Grace, her brother Harold Bates and multiple nieces and nephews.
A service will be held at Cumston Hall on Saturday, December 9 at 11 am, with a reception at the Cottrell School following.
If desired memorial contributions may be made to the Nancy Bates Ludewig Continuing Education Grant, mail donations to David Heckman 157 Academy Road, Monmouth, Maine 04259.
Arrangements are in the care of Roberts Funeral Home and Cremation Service, 62 Bowdoin Street, Winthrop. Memories, condolences, photos, and videos may be shared with the family on the obituary page of our website at www.khrfuneralhomes.com
Service will be Saturday
DEC 9. 11:00 AM
Cumston Hall
796 Main Street
Monmouth, ME, a reception will be held at the Henry L. Cottrell School following the service. 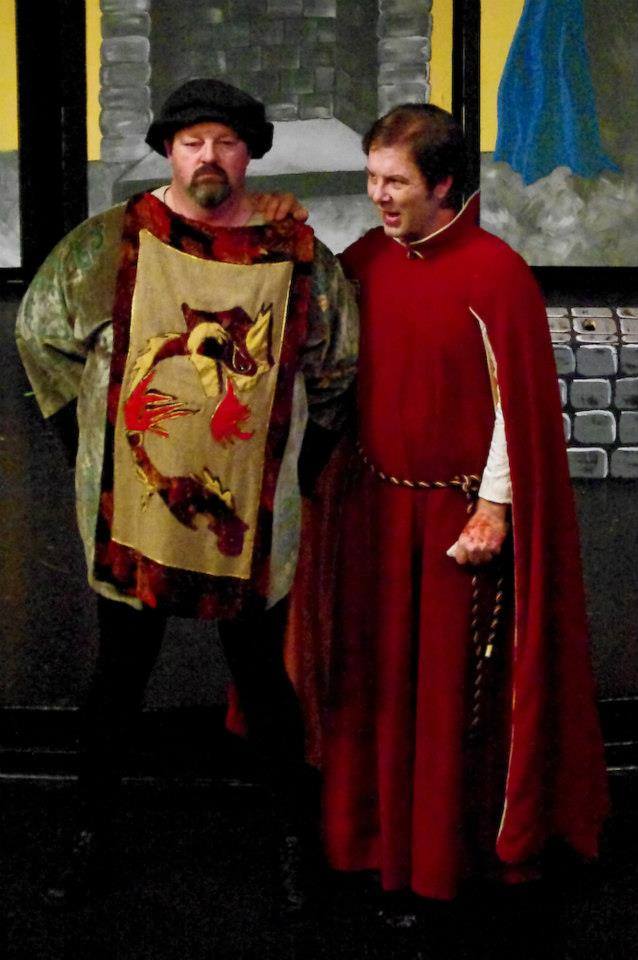 Bruce John Gerry died unexpectedly on Tuesday, Sept. 19th, 2017 from an infection his weakened immune system couldn't fight due in part by his diabetes and his stage 4 acute kidney failure.

Born in Maine on January 5th, 1961 to Leon Hubert Gerry and Virginia Longley Gerry of Auburn.

Bruce attended school in Auburn and graduated from Edward High School. He then went to Rick's College in Idaho and Southern Utah State College earning his Bachelor's degree in Theater of Arts.

He met his wife while attending Rick's college and they had 5 children.

He was preceded by his parents, grandparents, 3 older brothers Leon, Timothy and John and an older sister Loraine. 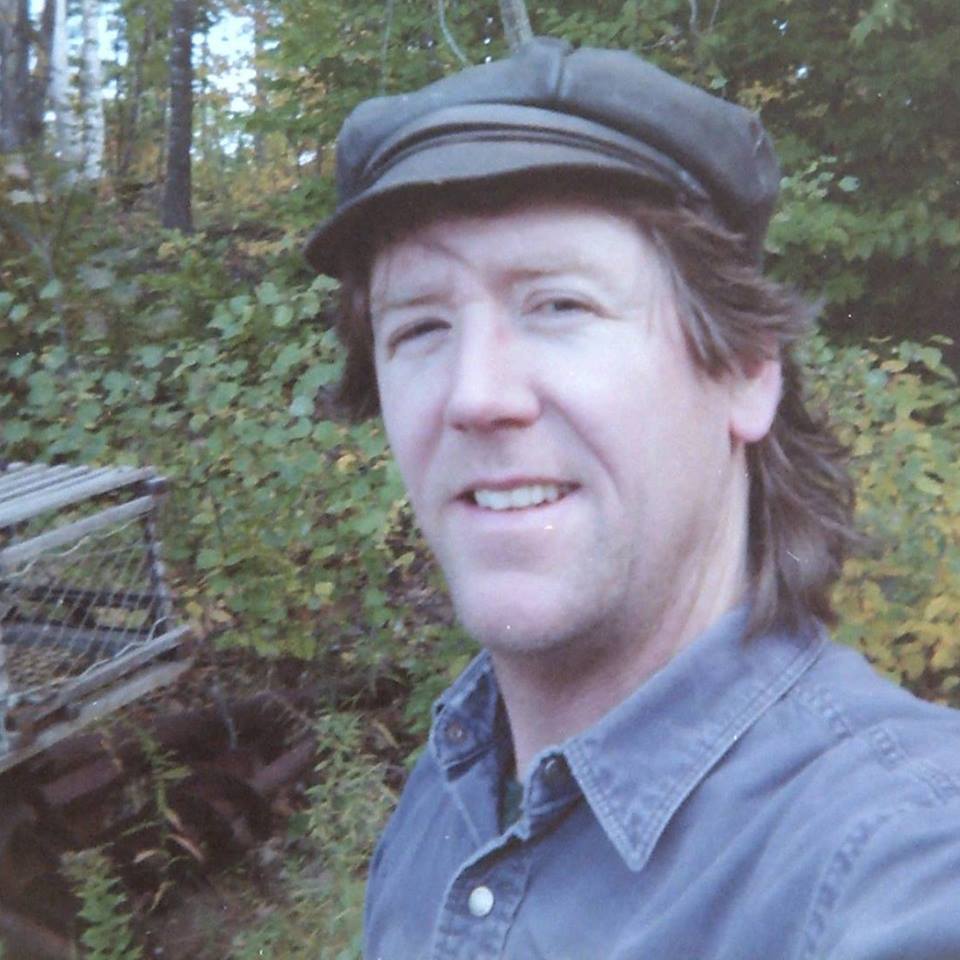 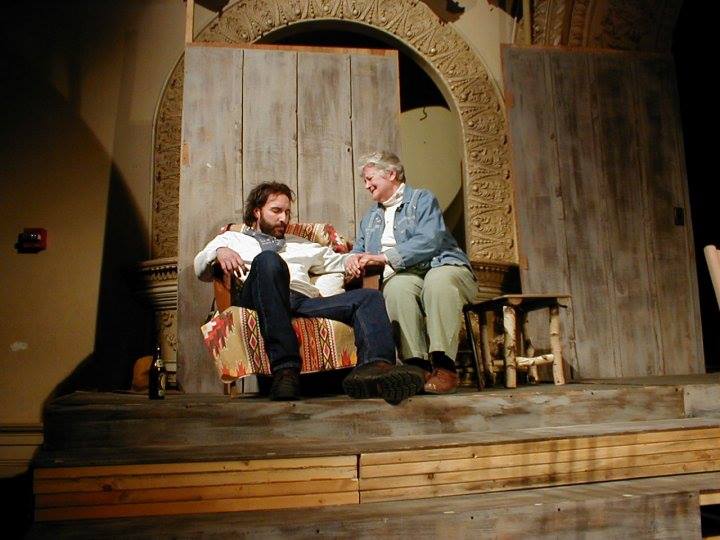 GARDINER – Judith Anne (Burleigh) Chase of North Monmouth, went to the Lord on Monday, April 6, after a long illness.

Judy was born in Augusta, on May 1, 1930, the youngest of four daughters to Donald Q. and Mary (Johnson) Burleigh. She was the great-granddaughter of Edwin C. Burleigh, a past U.S. senator and governor of Maine.

She was raised in Augusta, and spent happy summers at her family’s camp on Ocean Point. She wrote poetry and short stories, and participated in high school theater. She graduated from Cony in 1948, and was married to Morton Kaplan in that same year. The marriage produced seven children.

In 1967, her marriage to Morton ended, and later she was married to Oliver Wheeler of North Monmouth. She began a career in retail at Sears, volunteered as an emergency medical technician, took in foster children, and made loyal friends wherever she went.

She also explored her faith, and found her salvation in Jesus Christ. She was a familiar fixture at the North Monmouth Community Church .

She appeared in many theatrical productions during the last 20 years. Theater groups she worked with included the Monmouth Players, Gaslight Theater in Hallowell, and ACAT Theater in Waterville.

She created a large family who remain remarkably close-knit and supportive of each other. She died happy at her daughter Becky’s home, surrounded by her noisy and loving family and friends. Her strong faith gave her peace and serenity in her last days, and when she was delivered into the arms of Jesus, she died with the same dignity and faith with which she had lived her life. She was a charming and wise presence, and she will be sorely missed by countless friends and loved ones. 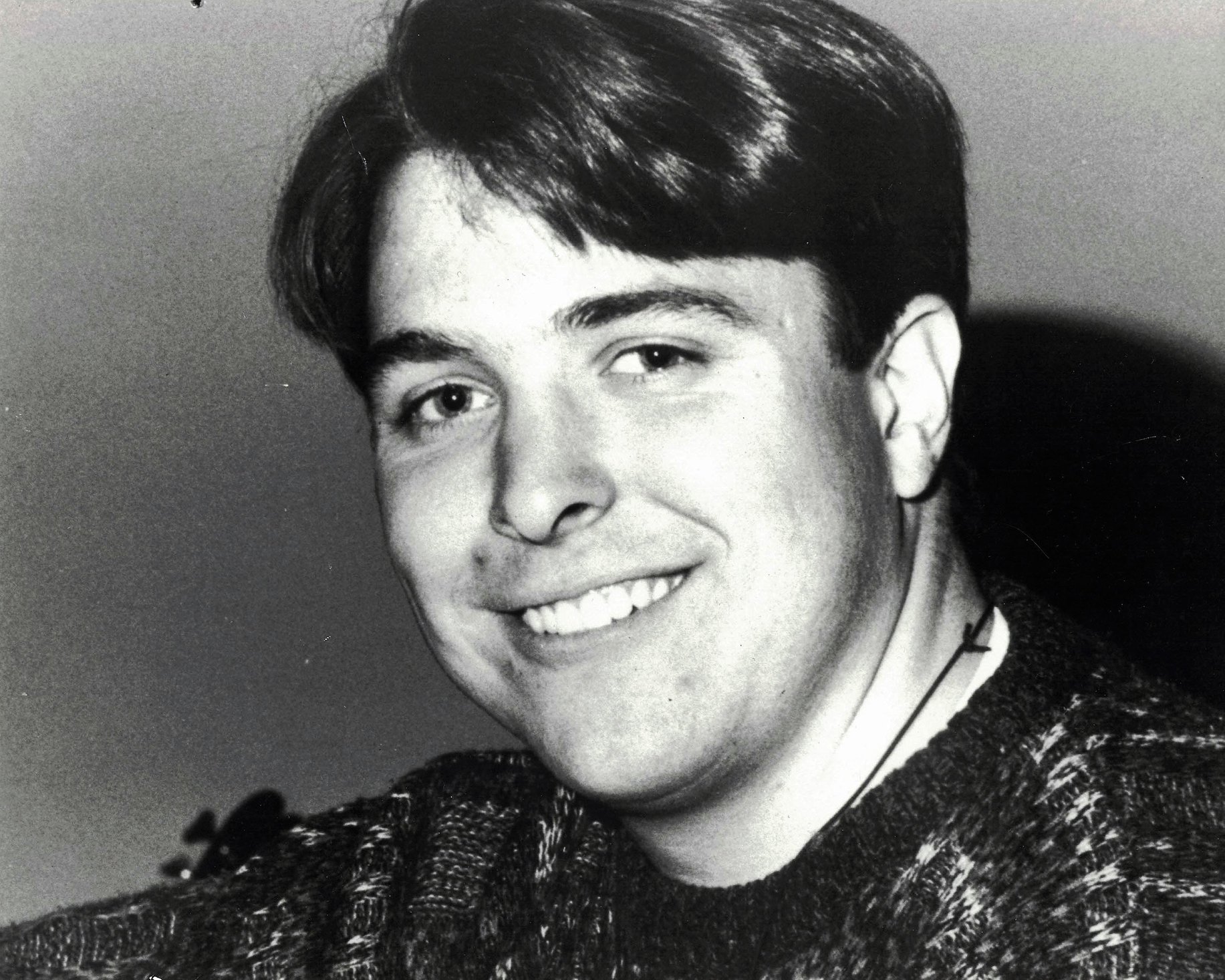 Mr. Phillips was employed at Tel-Comm Contracting Inc. at Manchester for 10 years.  He also worked for Monmouth and Winthrop Rescue as a paramedic.

He was a communicant of St. Francis Xavier Church at Winthrop, was a member of Monmouth Community Players and as Christian Youth Ministry leader for ten years.

Survivors include his parents of Monmouth; three brothers, Edward III of San Francisco, Calif., Robert and his wife Jody of Pensacola, Fla. and James and his companion Cindy of Monmouth;  one sister, Dawn and Christopher Trenholm of Monmouth; and four nephews, Patrick, Nathan and Nicholas Trenholm and Dalton Black.  He was predeceased by a brother, Anthony.