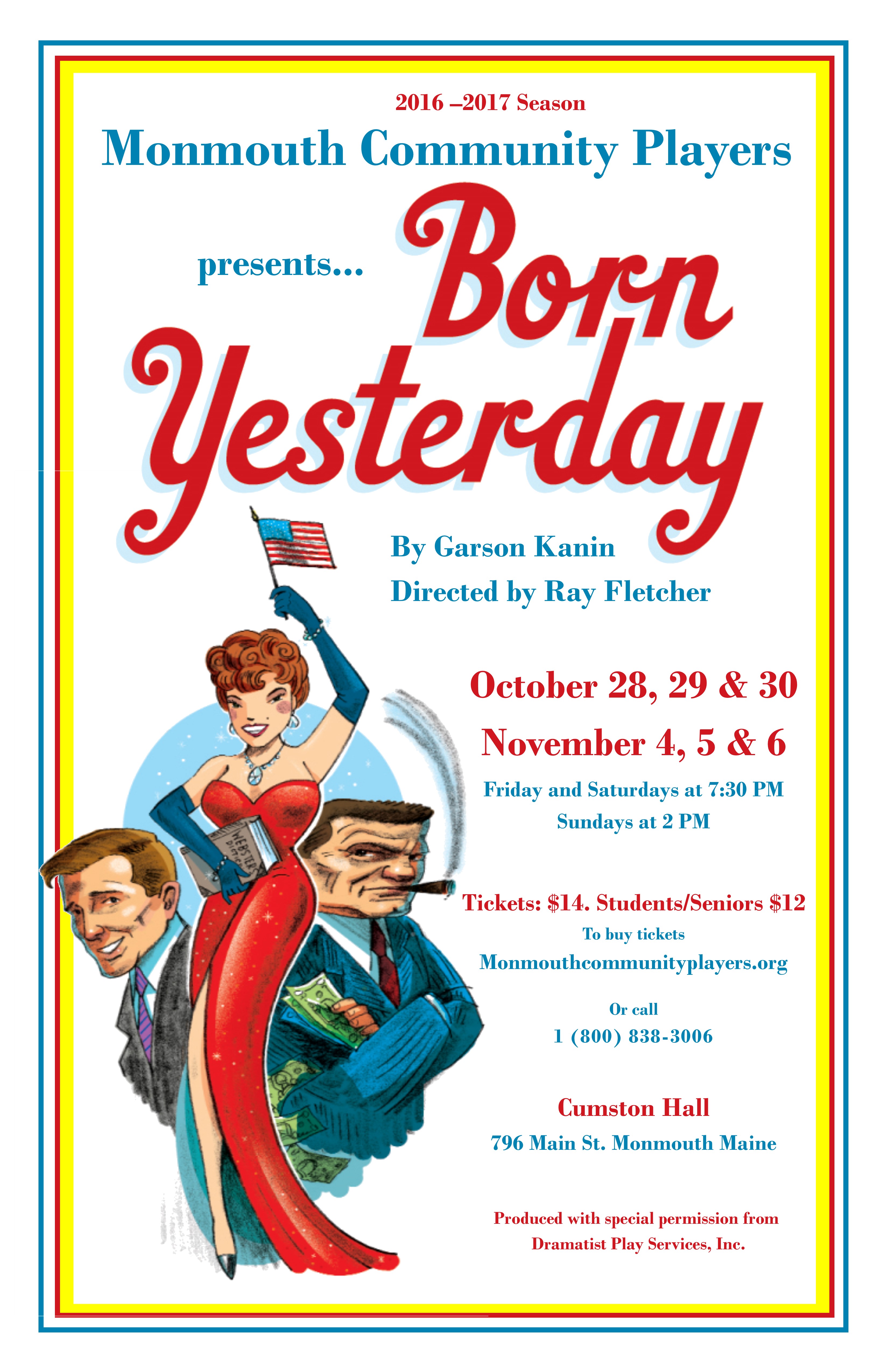 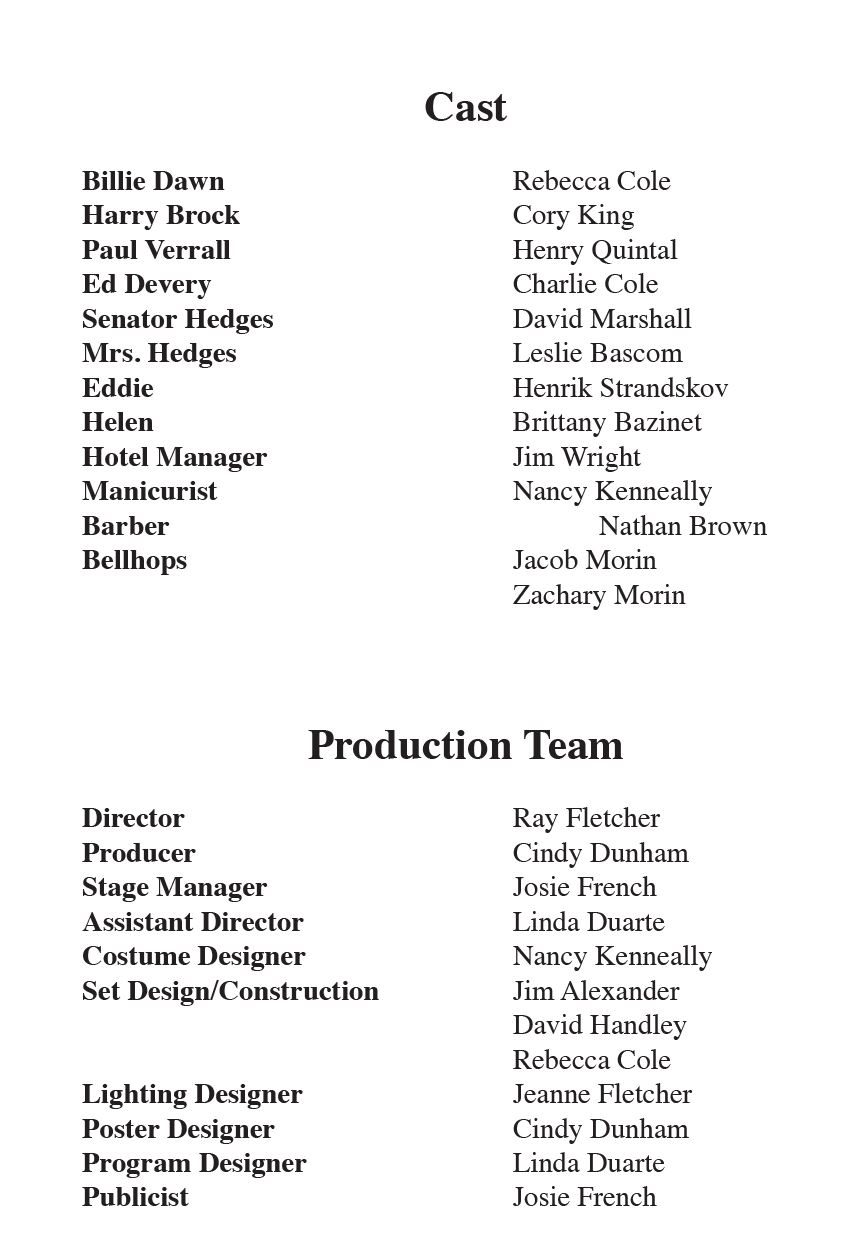 Born Yesterday is a play written by Garson Kanin which premiered on Broadway in 1946, starring Judy Holliday as Billie Dawn. The play was adapted into a successful 1950 film of the same name.

Directed for MCP by Ray Fletcher, this show is currently in rehearsals.  Thank you to all who came out for auditions!  We were able to put together an amazing cast...  perfection!

Plot Summary: An uncouth, corrupt rich junk dealer, Harry Brock, brings his showgirl mistress Billie Dawn with him to Washington DC.  When Billie's ignorance becomes a liability to Brock's business dealings, he hires a journalist, Paul Verrall, to educate his girlfriend. In the process of learning, Billie Dawn realizes how corrupt Harry is and begins interfering with his plans to bribe a Senator into passing legislation that would allow Brock's business to make more money.