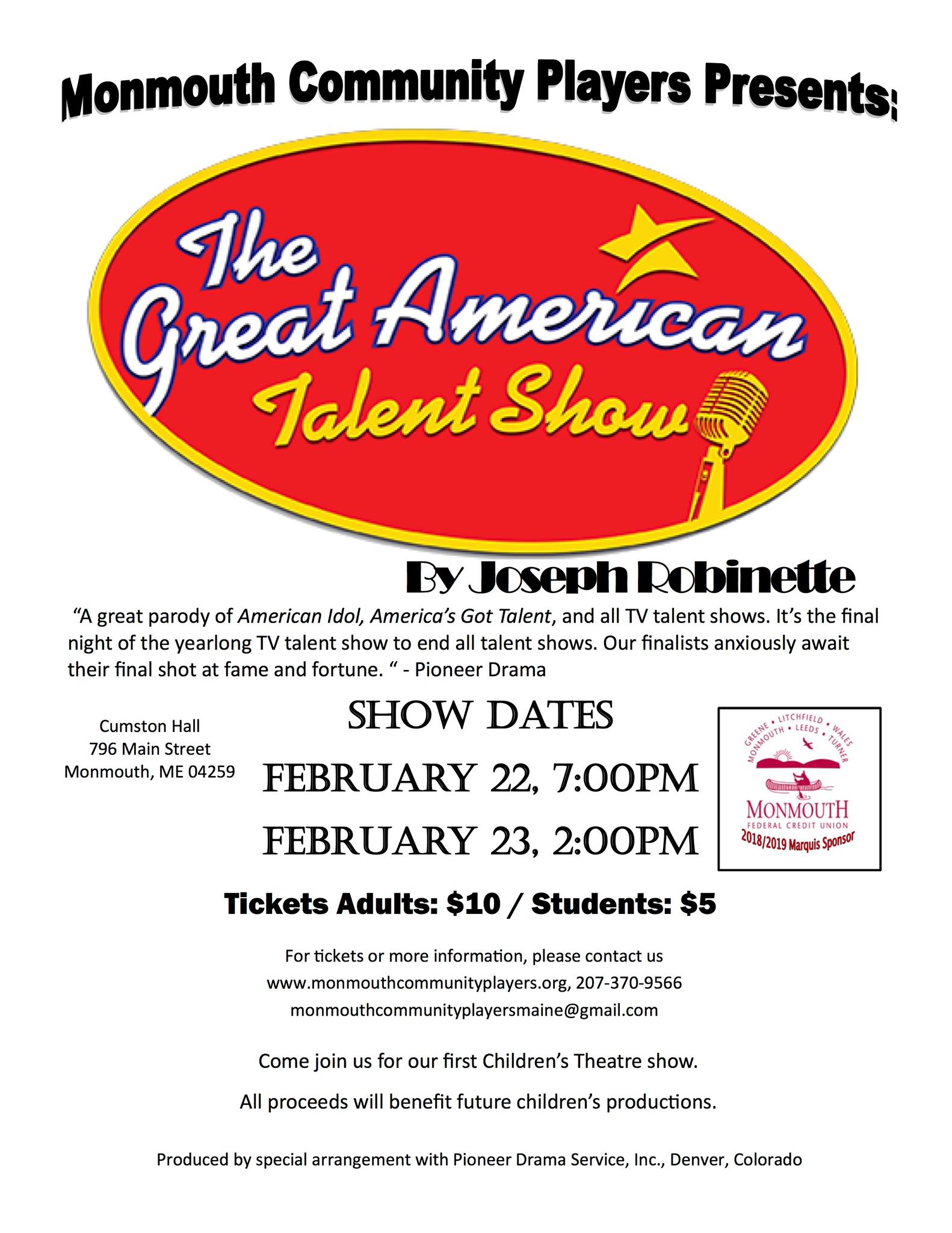 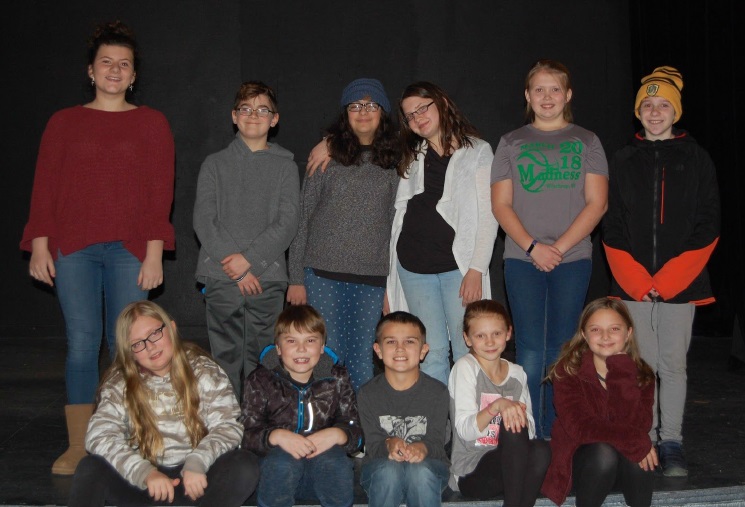 The Monmouth Community Players are thrilled to announce the inaugural show of their new MCP Kids! Program, in which they will be working to provide theater education and opportunities for acting and technical theater experience for area youth. This first show being produced is titled The Great American Talent Show by Joseph Robinette and is produced through special arrangement with Pioneer Drama Service Inc, Denver, CO. The performances will be held at historic Cumston Hall on Friday February 22nd at 7pm and Saturday February 23rd at 2pm. Tickets will be $10 for adults and $5 for students. The show is being helmed by local thespian, Danny Gay, whom you may have seen in MCP’s The Foreigner, The 25th Annual Putnam County Spelling Bee, and more. Gay is very excited to be able to bring a children’s theater program to the area.

This show was a chance for the Monmouth Community Players to gauge area interest in a children’s theater program and it was met with overwhelming success. MCP will be thrilled to continue their offerings for students in future seasons, so please stay tuned for more information about that. In addition, they are thrilled to announce the cast for their first show, The Great American Talent Show.